The Grand Cross of the Iron Cross

Instituted by Adolf Hitler on September 1, 1939

The Grand Cross of the Iron Cross was “approximately double the size of the Iron Cross  1st Class.”  It was originally planned to issue this decoration with a gold, instead of silver, rim but this did not receive final approval from Hitler.

The Grand Cross was presented to Hermann Göring on July 19, 1940 and the same time of his promotion from Generalfeldmarschall to Reichsmarschall.

The Grand Cross was 63.3 mm wide, height with the ring was 71 mm and the width of the silver rim was 5.5 mm. The weight of the original presentation piece was 57 grams.

The ribbon was 57 mm in width, un-watered silk with a cinnobar red center, two each white side stripes of 8mm width with black outer stripes of 6.5mm width. This Cross was manufactured only by the Berlin medal firm of C,E, Juncker and carried the silver hallmark of ‘800’ and the LDO number of ‘L/12’ on the upper rim. Only two such medals were actually made by Juncker and both were given to Göring.

Initially, it was planned to issue the Grand Cross with a gold instead of silver rim and at the same time, issue it with a Star (often called the Blücher Stern after its first recipient in 1812) such as the one issued to GFM von Hindenburg during the First World War.

One star only was manufactured by the Juncker firm as a pattern and shown to Hitler who rejected it, as well as the concept of a gold rim. This unique sample unauthorized Star measured 3½ inches across and the Iron Cross centerpiece was 1 ¾ inches across.

The star to the Grand Cross, the three German Crosses with Diamonds and the jeweled cased Social Welfare Special Grade with diamonds were discovered by U.S. Army intelligence units in 1945 at Schloss Klessheim in Austria and are now in the U.S. Army museum at West Point, New York.

The Juncker firm made up two samples of the Grand Cross, both of which were presented to Reichsmarshalll Hermann Göring but this decoration was never issued further during the progress of the war.

After the war, a number of copies of the Grand Cross were made, alleged to have been found at Schloss Klessheim but in fact, all of these are post-war copies, not Juncker originals.

Here are  illustrations of a post war copy purported to be “an original Juncker” piece. Most of the post-war copies were made by Souval in Vienna and retailed for $50.00 a copy. 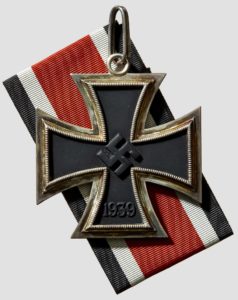 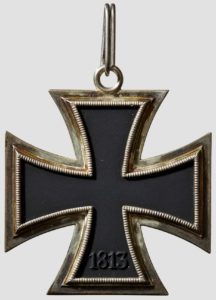 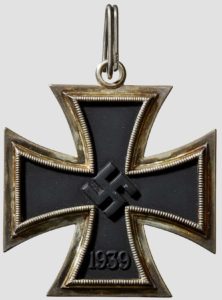 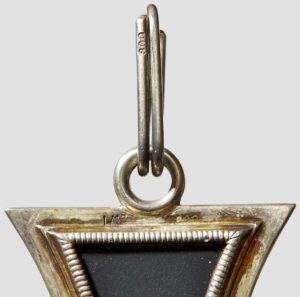