In the present case, a collector in the United States had an original watercolor of French ruins made during the First World War by Adolf Hitler.

This had once been in the collection of Heinrich Hoffman, Hitler’s personal photographer, and it ended up in the hands of a collector. He kept this for several years and just recently traded it for an original copy of Hitler’s Last Will and Political Testament and a collection of the papers of SS General Hermann Fegelein.

These documents came from the Frankenfeld collection and were found, after the war, by a US government team searching the grounds of Schloss Fishhorn.

Hermann Fegelein’s brother had commanded the SS Cavalry School there and several trunks full of papers, photo albums and other items had been buried there prior to the end of the war.

Here is the Hitler will and copies of the Fegelein papers will follow in due time. 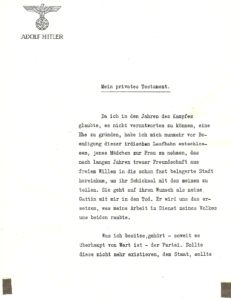 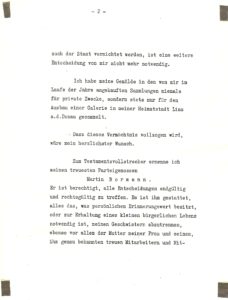 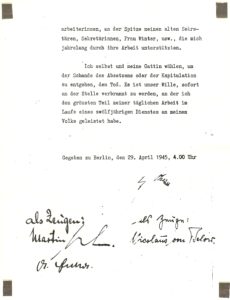