At one point in time, there was a plan to issue a new dagger for the SS. One prototype was made for official approval  and photographed but the project was shelved and throughout, the SS wore the standard M-36 dagger, during the war, with silver knot.

Here are pictures of both the original, appearing in the Atwood book that served as a catalog of his own fakes, and a newly-created “prototype” fake. A prominent auction house shoved this one off on one of its perennial suckers. 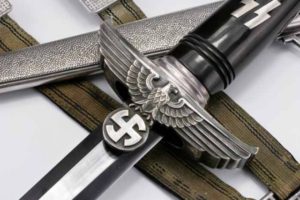 Close-up view of the crossguard, 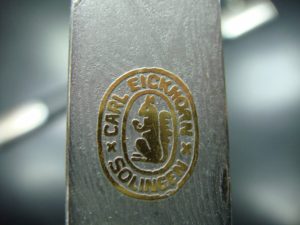