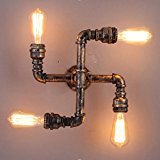 Here we have an incredibly rare Third Reich item being offered for the first time to the collecting world.

It is to be offered by a Florida auction house, Affiliated Auctions of Talahassee, and is the property of Germania International of Lakemont, Georgia.

This is a wall lamp from Hitler’s personal bedroom in the old Chancellery and was acquired by Major Benjamin Dover of U.S. Army Intelligence in 1945 from a Russian Colonel he met at a bistro.

The same owner also has the Reichsmarschall’s bath mat with his rank insignia woven into a beautiful dark blue background in gold thread!

This treasure will be auctioned by an Illinois firm in August and the asking price will be $5,000 with a signed picture of Goering’ daughter, Edda, accompanying it.

We understand that a carved oaken footstool with Heinrich Himmler’s name superimposed over a skull and SS runes is also in the offing This was acquired from Himmler’s house on the Tegernsee by Staff Sergeant John (“Jack”) Mehoff in 1945 along with a Damascus steel door knob that displays a set of golden SS runes on the outside and which plays a musical “Wenn alle untreu werden..” when turned.