Hitler’s military headquarters in East Prussia was called the “Wolfsschanze” or Wolf’s Lair. It was built in the Görlitz State Forest near Rastenburg and covered many acres. Heavily camouflaged, the buildings were reinforced with concrete and the entire complex was heavily guarded by Army, Luftwaffe and Waffen-SS units.  Hitler conducted his east front campaigns from this location and it was here, on July 20, 1944, Colonel Stauffenberg planted a bomb in the conference room with the intention of killing Hitler and his staff.

There are two period maps of this unit.

One was prepared for Luftwaffe flak units and given by a former officer in the Führer Escort Battalion to the German State Archives in Koblenz.

The only other known copy, shown here, was found in Germany in 1945 by an American soldier and now is in a private collection. It  was prepared on August 1, 1944 for the use of the Führer-Begleit-Brigade.

The hand-drawn and classified secret map is 42 cm. x 60 cm. and shows the final configuration of the headquarters. 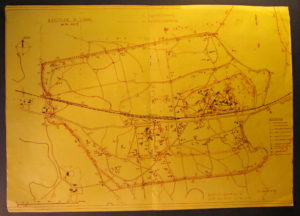 The Luftwaffe map in the Bundesarchiv 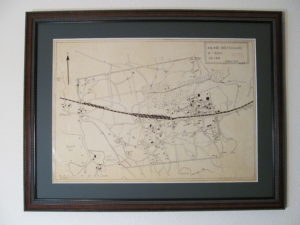 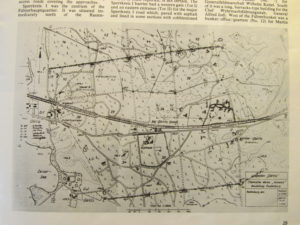 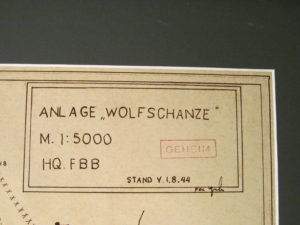 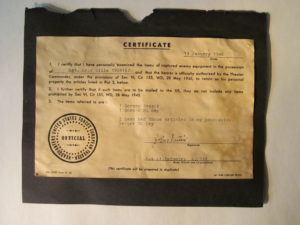 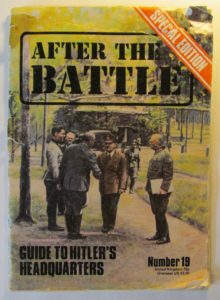